Resident studio counsellor Janet McNish talks to Patricia Benjamin about the horrific topic of human trafficking. They explore how to pull through from the harrowing ordeal of being forced or enticed into sex slavery.

How to show more empathy towards victims of human trafficking.

Janet and Patricia sensitively discuss this disturbing matter with insights on how to break the silence and walk towards freedom.

The effects of rape on men and their sexual identity.

How a support network is important for healing.

Allison Mitchell joins Patricia to disclose why rape victims can feel so overwhelmed.

The difficulties of healing from the effects of rape.

Why reaching out to your inner child can be the key to recovery. 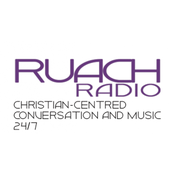 On today’s Real Love Show I’m talking with Janet McNish, about some of the items in today’s news. With it being Human Trafficking Awareness Month I want to hear from Janet her thoughts on the issues discussed in my interview with Diane Robertson Martin Cbe. I will be asking what healing is needed for those exiting that life.

We will also be commenting on the Daniel Hortzclaw verdict. An Oklahoma judge sentenced former patrolman Daniel Holtzclaw to 263 years in prison Thursday and ordered the terms be served consecutively, meaning the former college football star will never again be free. Why was this not well publicised on mainstream news We discuss at 5 pm today.

This website uses cookies to improve your experience while you navigate through the website. Out of these, the cookies that are categorized as necessary are stored on your browser as they are essential for the working of basic functionalities of the website. We also use third-party cookies that help us analyze and understand how you use this website. These cookies will be stored in your browser only with your consent. You also have the option to opt-out of these cookies. But opting out of some of these cookies may affect your browsing experience.
Necessary Always Enabled

Any cookies that may not be particularly necessary for the website to function and is used specifically to collect user personal data via analytics, ads, other embedded contents are termed as non-necessary cookies. It is mandatory to procure user consent prior to running these cookies on your website.